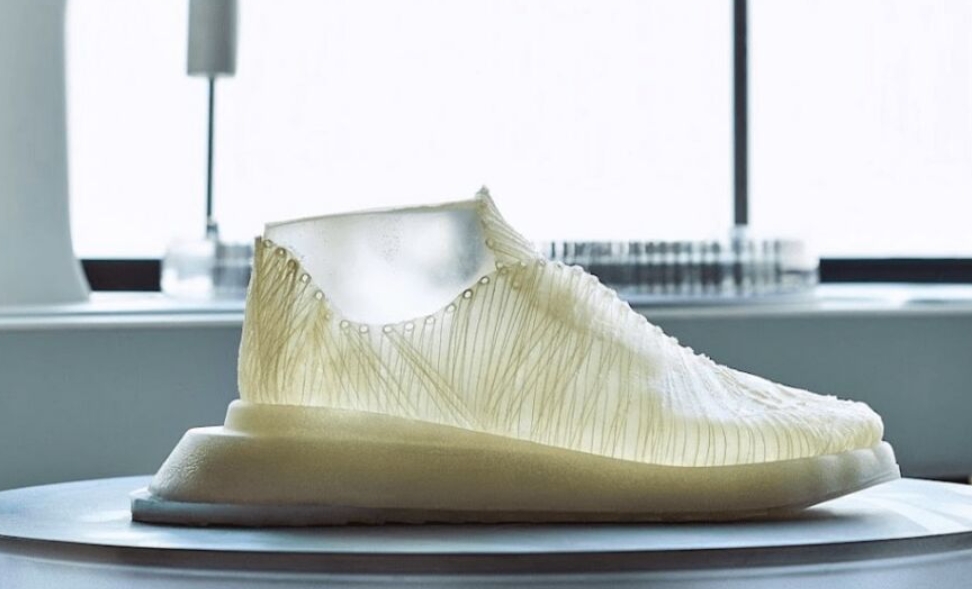 The British start-up Modern Synthesis uses a bacterium found in kombucha tea to “weave” biotextiles. At the beginning of June, it concluded a funding round of nearly four million euros, which will enable it to soon open its first factory in south London.

Innovations in the fashion sector have not finished feeding the section L’industrie c’est fou. After the jackets equipped with invisible solar panels and the suits made of mustache hair, L’Usine Nouvelle presents a new invention as improbable as it is ecological: germ shoes. A very serious project, since it enabled the British start-up Modern Synthesis to raise 4.1 million dollars (about 3.9 million euros) at the beginning of June.

Founded in 2019, this nugget aims to reduce greenhouse gas emissions and plastic pollution generated by the textile industry. To do this, she has a secret weapon: kombucha tea. The idea is not to offer a cup of this fermented drink to the leaders of fast fashion giants in the hope of calming their enthusiasm, but rather to take advantage of one of the bacteria it contains, called k. rhaeticus.

This naturally produces tiny fibers of nanocellulose, a lightweight material, but eight times stronger than steel and even stiffer than Kevlar, in the form of a kind of gel. In order to give it the desired shape, the start-up uses robots which “weave” fibers while respecting a precise model. Bacteria grow around these structures in 10 to 14 days, then employees only have to cut and assemble the different pieces to deliver a finished product, which is also completely recyclable. Like 3D printing, this process also helps to reduce waste to a minimum, since scraps are particularly few.

A first factory in South London

Thanks to this technology, Modern Synthesis has already managed to manufacture a shoe, and claims to be able to design other types of objects. The money raised will be used precisely to change scale, by opening a first factory in south London by the end of the year and by recruiting new talent. Increasing its capacities will be all the more necessary for it since a “key player” in the sportswear sector has already asked it for prototypes.

Modern Synthesis is not the only one to believe in the future of biomaterials within the textile industry, more and more start-ups and well-established groups are seizing the subject. In January, the American company MycoWorks even raised 125 million dollars for its vegetable leather made from mushroom mycelium. According to the Material Innovation Initiative association, natural fabrics should thus weigh 2.2 billion dollars (around 2.1 billion euros) within the fashion sector alone by 2026. A sum that is rising sharply, but which would represent only 3% of the market, against 27% for petro-sourced materials and still 70% for materials of animal origin.